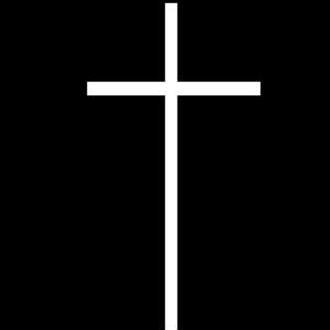 Prayer Video - ​Rosary of the Seven Sorrows of Mary
First Sorrow - The Prophecy of Simeon (Luke 2:25-35)
Now there was a man in Jerusalem whose name was Simeon. This man was righteous and devout, awaiting the consolation of Israel,* and the holy Spirit was upon him. It had been revealed to him by the holy Spirit that he should not see death before he had seen the Messiah of the Lord. He came in the Spirit into the temple; and when the parents brought in the child Jesus to perform the custom of the law in regard to him, he took him into his arms and blessed God, saying: “Now, Master, you may let your servant go in peace, according to your word, for my eyes have seen your salvation, which you prepared in sight of all the peoples, a light for revelation to the Gentiles, and glory for your people Israel.” The child’s father and mother were amazed at what was said about him; and Simeon blessed them and said to Mary his mother, “Behold, this child is destined for the fall and rise of many in Israel, and to be a sign that will be contradicted (and you yourself a sword will pierce)* so that the thoughts of many hearts may be revealed.”

Second Sorrow - The flight into Egypt (Matthew 2:13-15)
When they had departed, behold, the angel of the Lord appeared to Joseph in a dream and said, “Rise, take the child and his mother, flee to Egypt,* and stay there until I tell you. Herod is going to search for the child to destroy him.” Joseph rose and took the child and his mother by night and departed for Egypt. He stayed there until the death of Herod, that what the Lord had said through the prophet might be fulfilled, “Out of Egypt I called my son.”

Third Sorrow - The Child Jesus Lost in the Temple (Luke 2: 41-50)
Each year his parents went to Jerusalem for the feast of Passover, and when he was twelve years old, they went up according to festival custom. After they had completed its days, as they were returning, the boy Jesus remained behind in Jerusalem, but his parents did not know it. Thinking that he was in the caravan, they journeyed for a day and looked for him among their relatives and acquaintances, but not finding him, they returned to Jerusalem to look for him. After three days they found him in the temple, sitting in the midst of the teachers, listening to them and asking them questions, and all who heard him were astounded at his understanding and his answers. When his parents saw him, they were astonished, and his mother said to him, “Son, why have you done this to us? Your father and I have been looking for you with great anxiety.” And he said to them, “Why were you looking for me? Did you not know that I must be in my Father’s house?” But they did not understand what he said to them.

Fourth Sorrow - Mary meets Jesus carrying the cross (Luke 23: 27-29)
A large crowd of people followed Jesus, including many women who mourned and lamented him. Jesus turned to them and said, “Daughters of Jerusalem, do not weep for me; weep instead for yourselves and for your children, for indeed, the days are coming when people will say, ‘Blessed are the barren, the wombs that never bore and the breasts that never nursed.’

Fifth Sorrow - Mary at the foot of the cross (John 19: 25-30)
Standing by the cross of Jesus were his mother and his mother’s sister, Mary the wife of Clopas, and Mary of Magdala. When Jesus saw his mother* and the disciple there whom he loved, he said to his mother, “Woman, behold, your son.” Then he said to the disciple, “Behold, your mother.” And from that hour the disciple took her into his home. After this, aware that everything was now finished, in order that the scripture might be fulfilled,* Jesus said, “I thirst.” There was a vessel filled with common wine.* So they put a sponge soaked in wine on a sprig of hyssop and put it up to his mouth. When Jesus had taken the wine, he said, “It is finished.”q And bowing his head, he handed over the spirit.

Sixth Sorrow - Mary receives the body of Jesus (John 19:38-40)After this, Joseph of Arimathea, secretly a disciple of Jesus for fear of the Jews, asked Pilate if he could remove the body of Jesus. And Pilate permitted it. So he came and took his body. Nicodemus, the one who had first come to him at night, also came bringing a mixture of myrrh and aloes weighing about one hundred pounds. They took the body of Jesus and bound it with burial cloths along with the spices, according to the Jewish burial custom.

Seventh Sorrow - Mary witnesses the burial of Jesus (Luke 23: 50-56)
Now there was a virtuous and righteous man named Joseph who, though he was a member of the council,had not consented to their plan of action. He came from the Jewish town of Arimathea and was awaiting the kingdom of God. He went to Pilate and asked for the body of Jesus. After he had taken the body down, he wrapped it in a linen cloth and laid him in a rock-hewn tomb in which no one had yet been buried.